A downloadable Application for Windows and macOS

Maxwell is the world's first software laser synth and real-time abstract generator for both Mac and PC. Connect an Ether Dream or LaserDock ILDA hardware interface or output to ILDA files for awesome laser light-shows - or select the pop-out OpenGL preview window for use with a video projector setup. Control using a mouse or MIDI controller (APC 40 has support for preset playback using scene buttons on APC 40).

Maxwell has the following features:

Note: 1.4.1 fixes a problem with OpenGL antialiasing as well as an incorrect 1080p resolution for Syphon

Interframe modulation is modulation that effects the shape per frame - not just from one frame to the next.

The inv button is used adjust the phase by π/2 - effectively choosing between sin/cos waveforms.

There are two independent 3D oscillators that generate waveforms. The mixer is used to crossfade between these two waveforms to generate very complex shapes. The +, -, * button chooses mathematical operator that defines the mixing type.

When Solid is selected, the entire waveform is drawn using a single color. This color can be controlled with the Hue Offset dial, or by clicking on the color picker. The color can be modulated using the Hue Rotation dial.

When LFO is selected, the color of the waveform is modulated according to the dials below the color picker. Color is processed using HSL (Hue, Saturation, Intensity) color space, and the dials represent ways to modulate these values.

This is a special effect added to the waveform. When this effect is turned on, the shape will be traced over with a number of points. The color of these points is chosen with the color picker.

These selection of LFOs and dials control the translation of each axis. This basically controls how the waveform moves around the view. To control by LFO, turn the LFO on and then choose an LFO speed, and choose the amount you wish the LFO to effect the translation. When the LFO is off, you can move the waveform by hand using the AMT dial.

These selection of LFOs and dials control the roation of each axis. This basically controls how the waveform is rotated around each axis. To adjust the rotation directly, you can adjust the DIRECT dial.

This is a special effect which will duplicate the waveform in a radial pattern around the origin. The number is the number of duplicates (or copies) of the original waveform. Dupe-Offset is used to add an proportional adjustment to the angles of each duplicate.

This is a post duplicator intensity effect, which can be used to modulate intensity of the waveform. Great for global control of blank/black sections in the shape.

The draw mode effects how the waveform is drawn. When in Loop mode, drawing continues from the last point back to the first point - generating a loop. When in Blanking mode, drawing is turned off at the last point, and turned back on at the first point. Points mode draws a blanking section between each point in the waveform. This greatly increases the number of points required to draw a shape, and care should be used to reduce the Num Points when using Points mode. The intensity slider controls the global intensity of the waveform that is sent to the DAC or ILDA file.

This allows you to control various properties of the output to the DAC or ILDA file, including Points Per Second, global scale, global offset, and Optimization Values.

Scenes allows you to store and recall presets. To store the current waveform into a preset - Shift Click on any preset square. Use File->Save or the Save button to save a collection of presets to a file.

MIDI On/Off: Turns MIDI control on/off. MIDI Learn puts the app in MIDI learn mode. Click on a UI element that you want to assign to a MIDI CC value and then twiddle the knob on your MIDI controller.

ILDA Record Button will put Maxwell in ILDA recording armed mode, and bring up a Save File dialog. Once the file name and location has been set, it will start recording the output to an ILDA file. Press the RECORD button again to stop recording. The "Disable Opt" button is used to disable output optimizations applied by Maxwell. This should only be used when recording to ILDA files that you plan on importing into other applications that offer point optimizations.

The preview window has controls for the OpenGL preview. Maxwell, is internally, a 3D application, as the Z OSCs modulate the waveform along the z (depth) axis. You can click and drag in the window to rotate the OpenGL camera. Click on Camera Reset to reset the camera back to the origin. Preview Intensity is used to control the transparency of the drawing in the preview window only. This does not effect the intensity or transparency of output to the DAC.

To display on an external monitor, you can select the External Preview button, which will open up the OpenGL preview in an external window, which can be placed on a second monitor or video projector setup. The "ESC" key will toggle full-screen and normal mode for the external preview window.

In order to download this Application you must purchase it at or above the minimum price of $29.99 USD. You will get access to the following files: 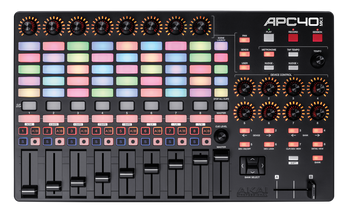 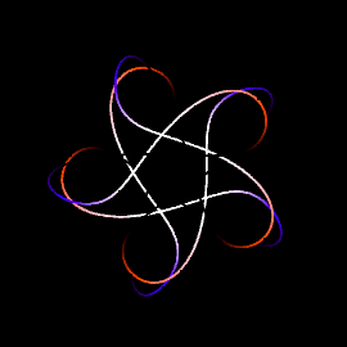 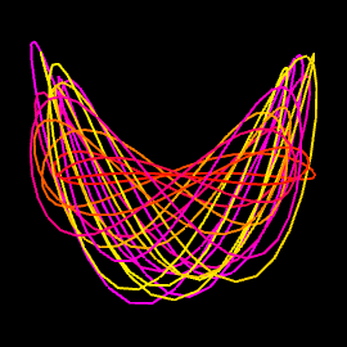 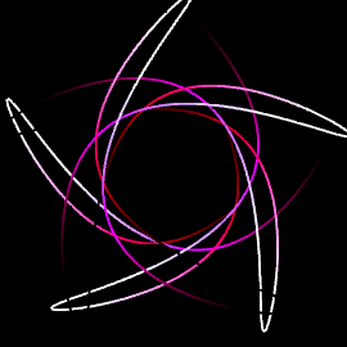 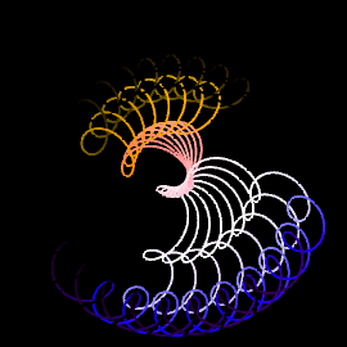